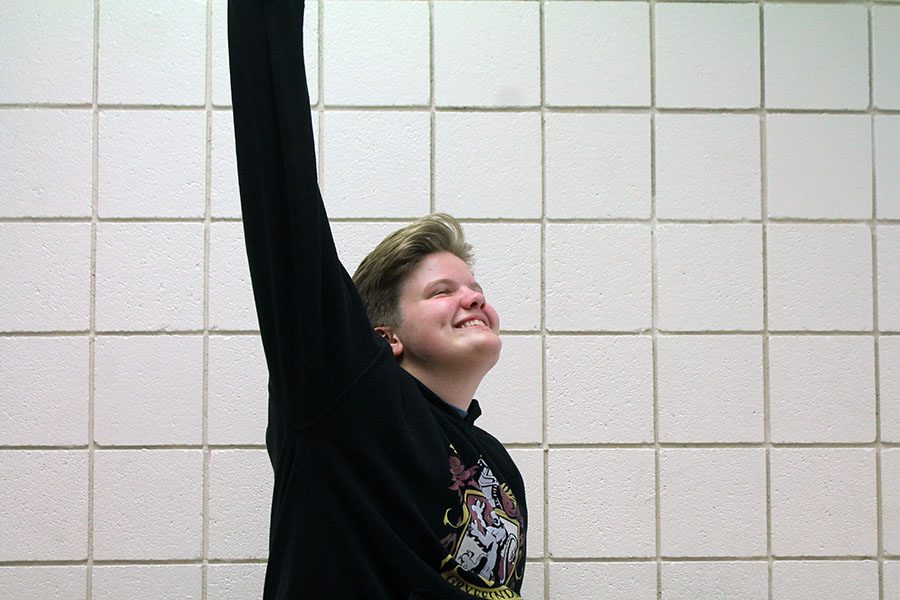 Everybody has a story: Aiden Bollinger

Bollinger said he doesn’t fit in with any of the social groups at school, he doesn’t want to have one group of friends so he moves around from group to group. He could hang out with the people who play sports one day and the theater kids the next.

“[What I look forward to the most is] before school starts, I get to hang out with my friends,” Bollinger said.

Bollinger said he enjoys being able to hang out with people and it not be awkward, because that’s what friendship is for him.

Hanging out with his pals isn’t the only thing he does in his free time, Bollinger said he also likes art and singing when no one can hear him, otherwise he’d be too loud. He also plays the Viola in orchestra, which he picked up in the fifth grade. He even breaks into small uncontrollable dance sessions randomly.

Bollinger wants to be alive when he gets older, but he’s mostly interested in animation. Though he doesn’t know much about animating, he wants to learn. He hasn’t made up his mind yet.

“There’s so much I can be, I could be an animator … in some type of orchestra, maybe and interior designer,” Bollinger said.