Code Black is an intense revival of the medical drama genre 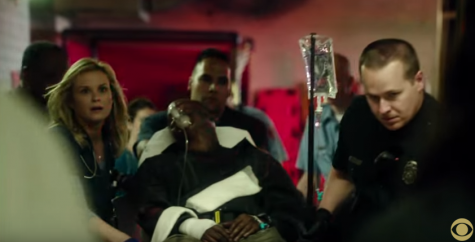 “Code Black” is a fantastically written medical drama based on a documentary of the same name.

The documentary was released in 2013 and the rights were picked up by CBS later that year. The TV show uses the intense real-world situations from the documentary as inspiration for fictitious events in the series.

The show aired its midseason finale in December and “Code Black” will start back up this Wednesday. You can watch it on CBS at 9:00 P.M. The last episode did end on a cliffhanger, however, but I’d be surprised if they don’t give a recap of it when they air this upcoming one.

When we left off last year, the medical staff of Angels Memorial Hospital were treating patients on-location from a fatal pileup. The team of surgeons, ER doctors and residents, have to work quickly to save who they can and “black tag” anyone who is unsaveable. A black tag is used in disaster situations to quickly identify patients with no chance of survival. Similarly, code black is used to describe an ER that does not have enough resources to treat their patients.

Angels Memorial Hospital, the one from the show, is almost always in code black. The stakes are as high as life and mistakes can’t be tolerated or people will die. There is almost no slow-down and the show is in top gear from the moment it starts to the moment it ends.

The first five minutes are like a fishhook. Before the opening credits, a huge incident will occur and sometimes result in the death of a patient only two minutes into the show. “Code Black” isn’t scared to play around with death. In a sadistic Game-of-Thrones-esque move, any character is at risk of dying at any time. This even includes the main characters of the show. From suffering fatal heart attacks while isolated, being quarantined from the rest of the hospital due to a deadly outbreak or accidentally stabbing themselves with a used needle, not one of them is safe.

You actually feel for the characters when something goes wrong and, like any good show, there are characters you’ll love and characters you’ll love to hate. My personal favorite is a nurse named Jesse Sallander played by Luis Guzman. He goes by Momma among the residents because the hospital is his house, and nothing goes on in Momma’s house that he doesn’t know about. His boss, Dr. Rorish who is played by Marcia Gay Harden, is nicknamed Daddy because of her aggressive, no-whining attitude.

I haven’t seen many medical dramas in my time, but this is one of the best I’ve ever seen. The medical show that it competes with on my list is “House M.D.” It was able to grab my attention in under five minutes and has kept me waiting for the next episode every week since then. This show is definitely worth an hour on your Wednesday nights and I can’t wait to hear when, not if, its second season gets greenlit.

You can watch a trailer for this fantastic show here.