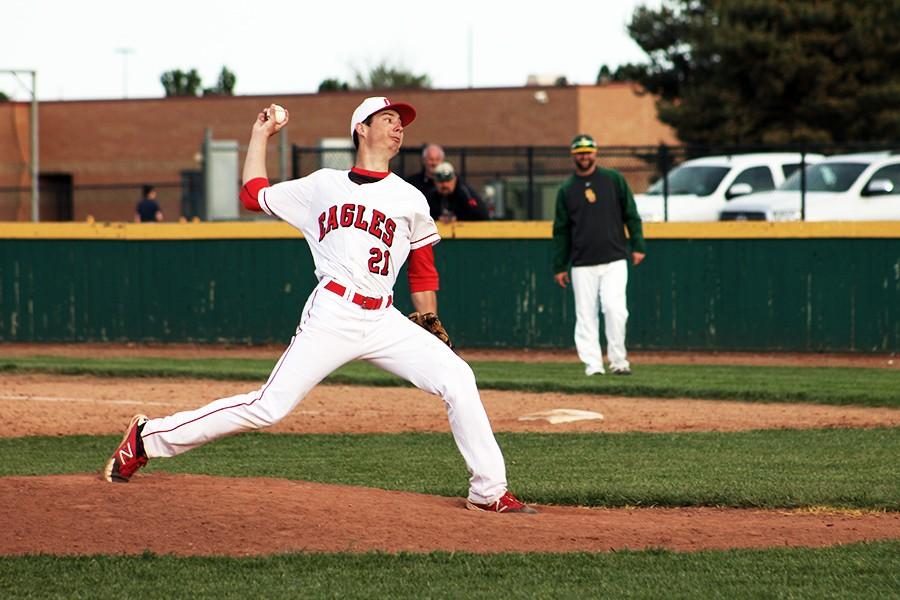 Junior Jake Doerflinger winds up for a pitch. Doerflinger pitched well in game two against Salina South, but the Eagles fell short.

The softball team struggled against Salina South, losing two games of a doubleheader matchup against the Cougars on Thursday night.

The Eagles were competitive in the first game but couldn’t keep up with Salina South losing by a score of 8-5.

Salina South’s pitching stifled the Eagles in game two as they were unable to produce a single run in the 5-0 loss.

The girls are back in action to make up postponed games next week.

Maize took the first game 6-1 behind the arm junior John Short on the mound. Their bats came through as well in a strong performance.

Salina South stormed back in the second game, keeping Maize’s offense off the scoreboard in a 1-0 loss. Junior Jake Doerflinger had a solid outing in the game as well.

The boys will be taking on Bishop Carroll at home on Tuesday.