A look at the life of Maize South graduate and successful sports journalist Aliyah Funschelle. 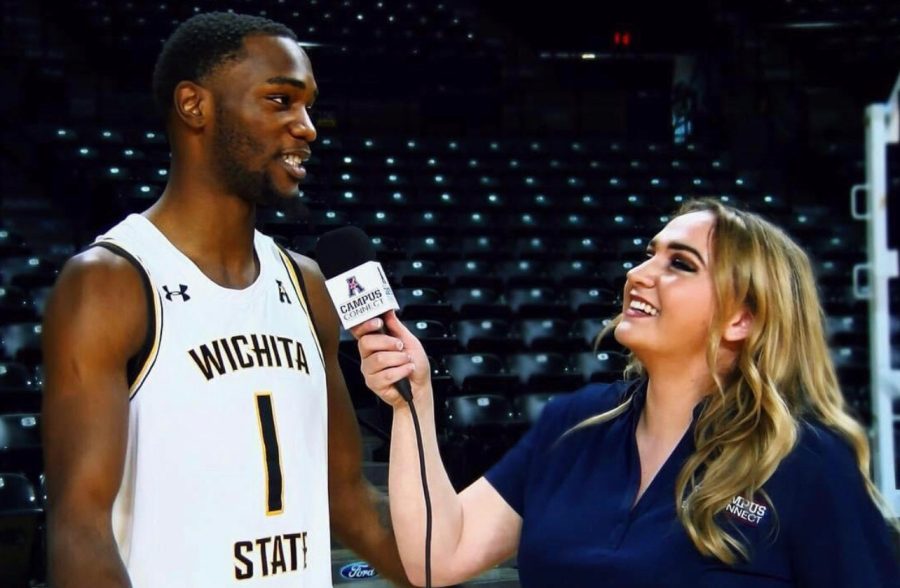 “She said she was going to make it big in sports journalism, and she has,” said former broadcasting teacher Shelly Walston.

Aliyah Funschelle is a sports reporter and social media content creator. Funschelle runs her own brand ‘Sports with Aliyah’ and does social media and content creation for the Women’s National Basketball Association and NBA Top Shot. She also works with Columbia Athletics and any other freelance jobs that come her way.

“I definitely have to credit Ms. Walston. She made me editor and chief of the news magazine as a sophomore in high school. And I think that really helped me see that I could have a future in this,” said Funschelle.

Funschelle was involved in Maize South High School’s broadcasting program and yearbook all through middle and high school. She also started an anonymous Twitter account called ‘MSHS navigation’ to report on many of the sports at Maize South. Funschelle graduated from Maize South in 2016, received her undergraduate degree from Wichita State University four years later, and then graduated with a master’s in Sports Management from Columbia University in 2022.

“My family always told me, you want to do something you are passionate about, and that would make you happy every day. So that’s kind of where I fell into sports media,” said Funschelle.

Funschelle has traveled all across the U.S. reporting for many different teams such as FC Bayern, the New York Giants, and Wichita State.

“It [the sports media field] is definitely very male-dominated in a lot of different regards. … What really bothers me is there is a lack of hiring diverse candidates, especially like women and women of color. So I think that the hardest thing is finding spaces where you can get set up for success,” said Funschelle. According to Richard Lapchick from ESPN, In the United States, only 16.7% of people in the sports media industry are women, Funschelle strives to overcome the odds and get her name out there as much as possible.

Funschelle spent her years in college taking as many communication and sports management classes as she could in order to understand the industry from all aspects. She has worked in many different fields within Sports Media. On the day-to-day, Funschelle interviews athletes, reports gameplay, runs social media accounts and often works other behind-the-scenes jobs.

“It has crossed my mind before, working full time for just one thing, but my ultimate goal is to build up my own brand. I think the best way to do that is to work for a bunch of different places,” said Funschelle.

In the future, Funschelle plans to have her own show in which she can continue to interview and tell people’s stories. Funschelle also strives to build up her personal brand, ‘Sports with Aliyah’ as much as possible.

“Social media and journalism have become pretty much one and the same, you can’t have one without the other,” Funschelle said. “So that’s why I’ve tried to master both sides of the industry because they just intersect so much.”