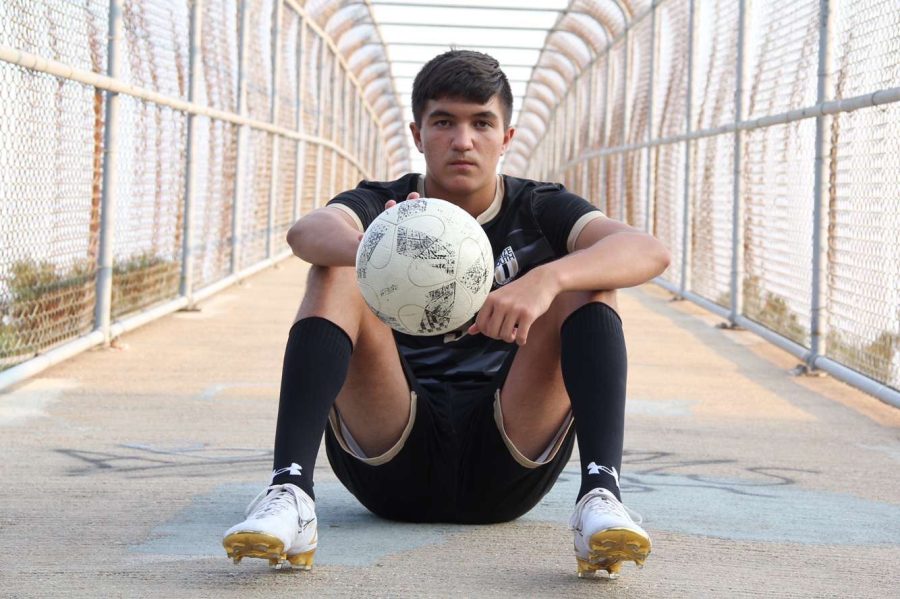 Vitor Geromel has been playing soccer for twelve years, and it has become a central aspect of his life. Geromel said his favorite thing about the sport is the emotions that come with it. "All the emotions and the ride, just the journey to getting where you wanna be," Geromel said.

Growing up, 4-year-old Vitor Geromel used to watch his favorite soccer player, Neymar, while hoping to someday play professionally himself.

Fast forward 12 years, and Geromel is the youngest player to sign for Sporting Wichita’s First Team.

The Sporting Wichita season will start in May and end in July. Geromel will travel with the team to play around the Midwest.

His first soccer experience started at the local Wichita YMCA. Then he moved to Sporting Wichita’s U5 team a couple of years later and has fully developed through the club since.

Geromel said soccer has given him many goals to work toward, including playing in the state championship game for Maize South.

“It just feels like that hard work does pay off,” Geromel said.

Geromel said his biggest supporter and influence is his Dad, Edo Geromel.

Edo has watched Vitor and has experienced many good memories in his soccer career. One of his favorites was when he played in the state semifinal game in the fall against St. Thomas Aquinas. Maize South won in the end, leading them to play in the state championship game.

“It was something he was working towards for a long time, and I really enjoyed seeing how happy he was after the game and the celebration with all his teammates,” Edo said.

Edo said he is happy for Vitor and loves seeing him accomplish his soccer dreams as a teenage player.

“I am extremely proud of him for his work ethic and for continuing to dream beyond his skill level,” Edo said. “His work has been paying off for him, and it’s gratifying to see him making Sporting Wichita’s First Team.”

“What makes him stand out is his willingness and drive to train when no one else is looking,” Ramirez said. “His commitment to improving and growing as a player is truly unique. He trains and plays more than any other player we have- that takes a lot of sacrifice. Most aren’t willing to go that extra mile; Vitor is.”

Ramirez is extremely proud of Vitor’s perseverance and what it has led him to accomplish.

“It honestly almost brings a tear to my eye,” Ramirez said. “He has gone through a lot and overcome almost insurmountable hardship in his life. Yet, he has persevered. Vitor has flourished. He has taken the adversity and pain in his life and used it as fuel.”