A view from the drumline: Maize High drummer records himself 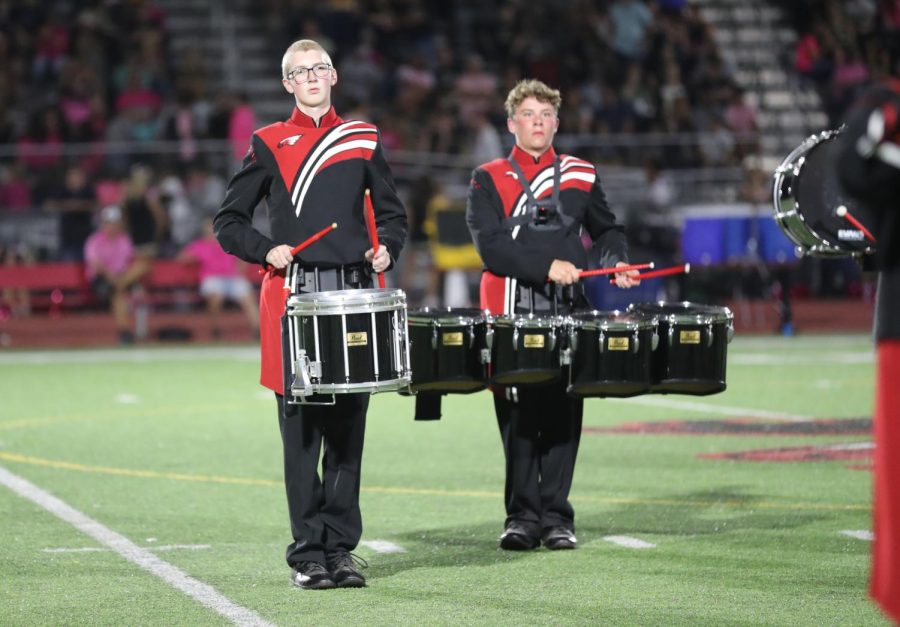 You’ve probably seen the marching band perform at halftime, but Owen Johnson wanted to give people a behind-the-scenes view.

Johnson used a GoPro with a wide-angle lens to capture his performance at Friday’s Homecoming game against Maize South. Johnson, who plays tenors, said the timing was right now that has memorized its entire three-movement show playing music from “Harry Potter.”

He said he got the inspiration from watching YouTube videos of other drummers. After getting permission from his instructors, he said he knew he had to go through with it.

“I thought it was a cool perpective that you don’t get to see very often,” he said. “Usually you are up in the stands watching the band play  while moving, but you don’t think that everybody does their own part with the playing and the marching.”

In the videos, you can hear Johnson keeping tempo and also he his drumming technique.

“Recording it from a drummer’s perspective shows overall how much work we as a band have put in and how we do more than just play music between quarters,” Johnson said.