School board votes to adopt new learning model next month 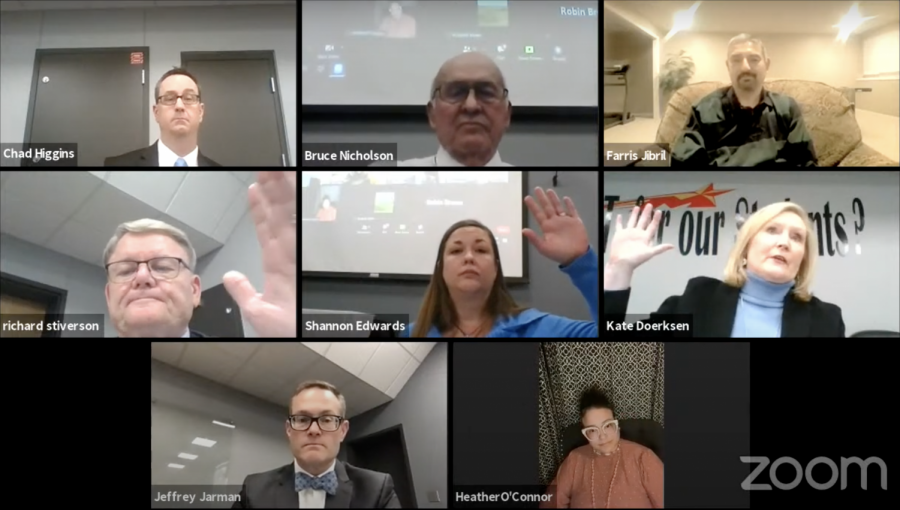 Maize Board of Education voted to bring middle and high school back four days a week by the end of February.

The USD 266 Board of Education met Tuesday to discuss whether the district would stay in the current hybrid model or transition into a different method. The board voted to return students to school four days a week with middle schools starting no later than Feb. 22 and high schools starting on Feb. 25.

Superintendent Chad Higgins suggested that staying with the current model while bringing kids back to school slowly is what is best for students in the district.

“I think our best chance at improving academics is consistency,” Higgins said, “continuing to expand the interventions we have put in place, drawing more kids in as we can.”

After an idea of bringing students back in full was proposed, board member and teacher at Wichita North Shannon Edwards expressed her concerns, focusing on how that would affect some students academically.

“I think it makes a lot of sense to be focusing on our greatest areas of need right now,” Edwards said. “If we were to bring everyone back, we can’t focus on those kids who have fallen behind and they need our help.”

Board member Heather O’Connor proposed the motion to bring students back four days a week after the board had discussed that the current hybrid model was not working for students socially and academically.

“Parents […] have lost jobs because they can’t send their kids to school,” O’Connor said. “They’re making sacrifices and stepping up as parents, and we can’t step up as a school district and take charge of what we should be doing which is educating to the best of our ability.”

Other than the new model for schooling, the school board has also voted to remove temperature checks from the schools.

“We just don’t catch any fevers,” Higgins said. “I think our staff is better at monitoring their kid’s symptoms.”

The board will have their next meeting on Feb. 8.