Runningback Joshua Sanders nominated for Regional Youth of the Year 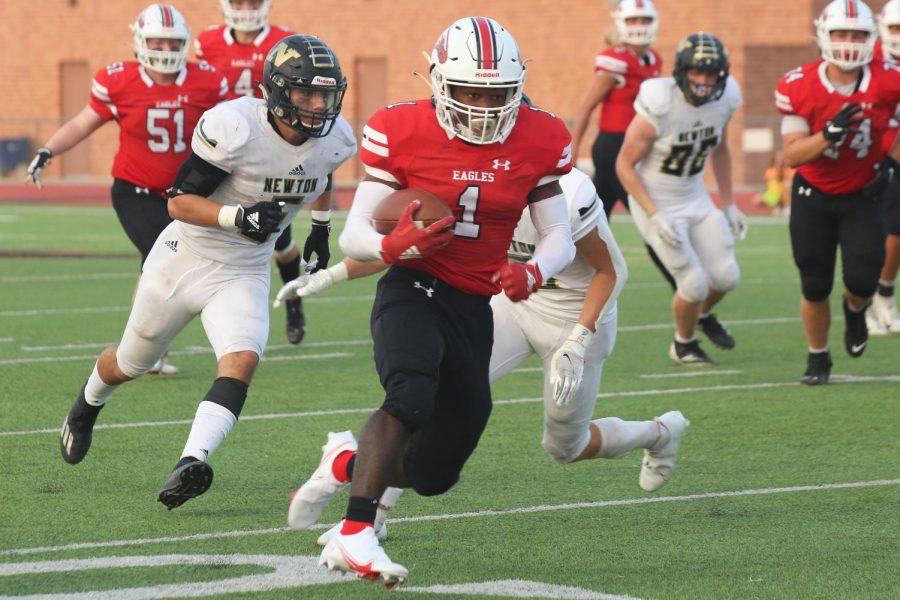 Senior Joshua Sanders runs the ball towards the end zone for a touchdown. Sanders scored the first touchdown of the game in the first quarter.

Senior Joshua Sanders transferred to Maize this year from Heights. He is a running back for the Eagles and has made seven touchdowns so far this season. Sanders is also part of Boys and Girls Club. The club is an organization which has voluntary after school activities for the youth.

Coach Gary Guzman said Sanders has a great personality and cares a lot about the way he treats others and about his academics.

“He is a quality human being,” Guzman said. “He cares a lot about people and about this football team, his teammates and coaches.”

“It is a scholarship program through the Boys and Girls club picking one of their 6.4 million youth to represent all of them across the nation,” Sanders said.

If Sanders wins the regional competition he gets $20,000. The next step of the process is nationals and the scholarship is worth $50,000.

Sanders had to write a speech, three essays and interview in the regular program to get where he is now.

“I am excited about the opportunity and I’m relieved that I have made it all this way,” Sanders said. “It’s a great experience to meet all of the outstanding leaders in the Boys and Girls Club.”