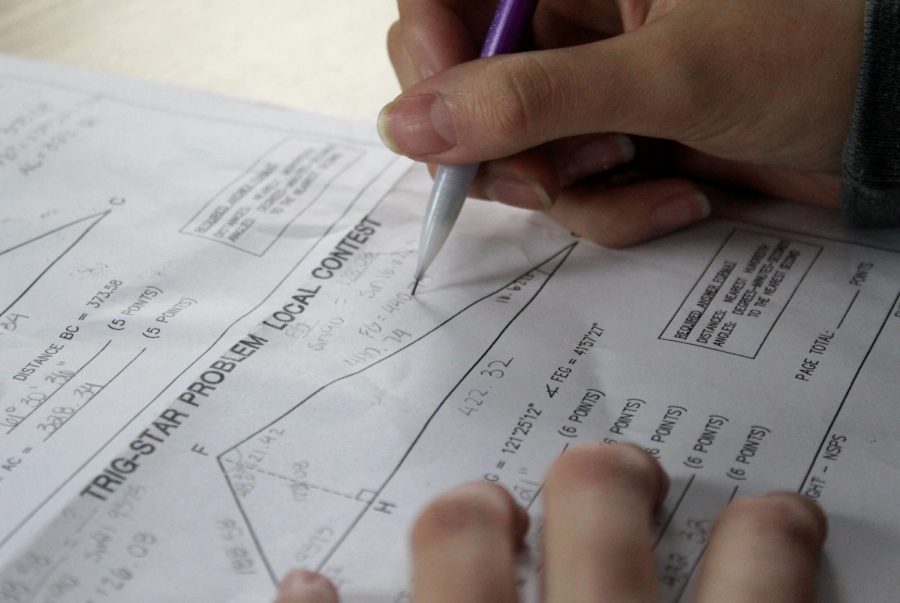 Maize hosted a “Trig-Star” math competition that students competed in on Wednesday, April 17th. The participating students took a two-hour test over applications of math that occur in the workplace.

Pre-Calculus teacher Jo Fair was one of the teachers who helped organize the competition at Maize.

“I was approached by a gentleman who works for a surveying company, and they try to promote trigonometry by offering this competition to students,” she said. “They give cash prizes, out and they were looking for schools to host this [competition].”

Fair also said the Trig-Star competition is sponsored by the National Society of Professional Surveyors (NSPS). NSPS was started to focus on the profession of surveying and to acquaint high school students with important and practical everyday applications of math.

“I was surprised I won because I didn’t think I was going to win,” Millerskow said. “I love math. It’s my favorite subject.”