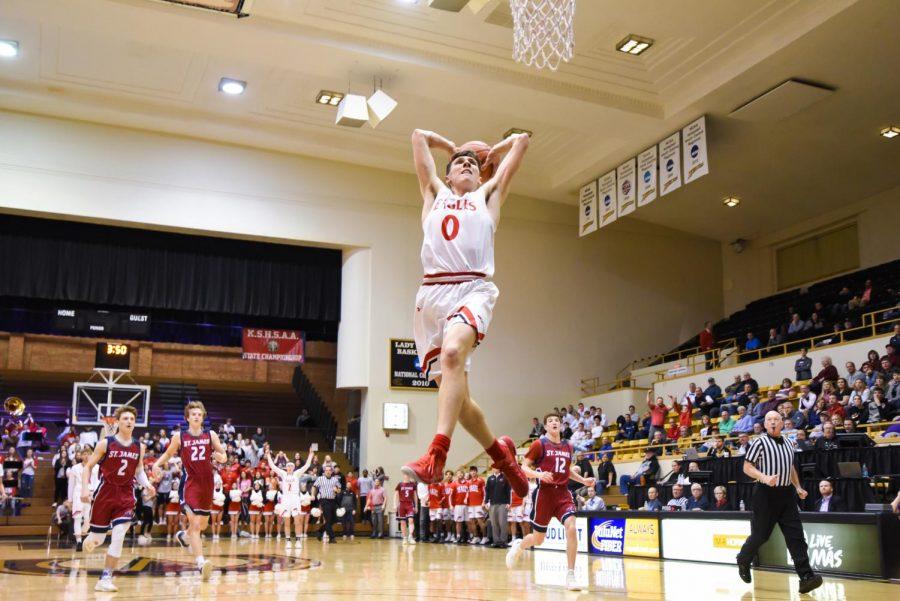 Caleb Grill, the leading scorer in Maize boys basketball history, has withdrawn his commitment from South Dakota State and will reopen his recruiting.

Grill, who committed to SDSU last summer and signed in November, was granted a release from his National Letter of Intent on Friday, two days after coach T.J. Otzelberger left SDSU to coach at Nevada-Las Vegas.

“It feels like I am starting over again,” Grill said. “With a new head coach coming in, I feel like I needed to start over and refresh to make sure I was going to the right school.”

Grill said he was heartbroken when he learned Otzelberger was leaving.

“I think it was so surprising to everyone that it just blindsided us,” he said.

But he understands Otzelberger’s decision. Otzelberger signed a five-year, $6.5 million contract with UNLV, according to multiple media reports.

“I know T.J. did the right thing for him,” Grill said. “You can’t always think about others. At some point I think you have to do what is best for yourself.”

Eric Henderson, who was associate head coach at SDSU, replaced Otzelberger. Grill said he still might go to SDSU but wants to explore his options.

Grill was heavily recruited before committing last summer and signing in November. He received 16 Division I offers, and other top schools expressed interest.

“I am just trying to keep the list really short, so I don’t have to worry about so many schools at once,” he said.

Grill said he’s looking for the same things as he was the first time around.

“Opportunity to play is second on my list. I just want to come in and make an impact. That’s always been one of my goals.”

One of the schools could be UNLV, Grill said.

“Coach T.J. and I had an incredible relationship,” Grill said.

Grill finished his Maize career with 1,178 points. He was an all-state, all-metro and all-league player. He helped the Eagles to a 24-1 record and third-place state finish this year.