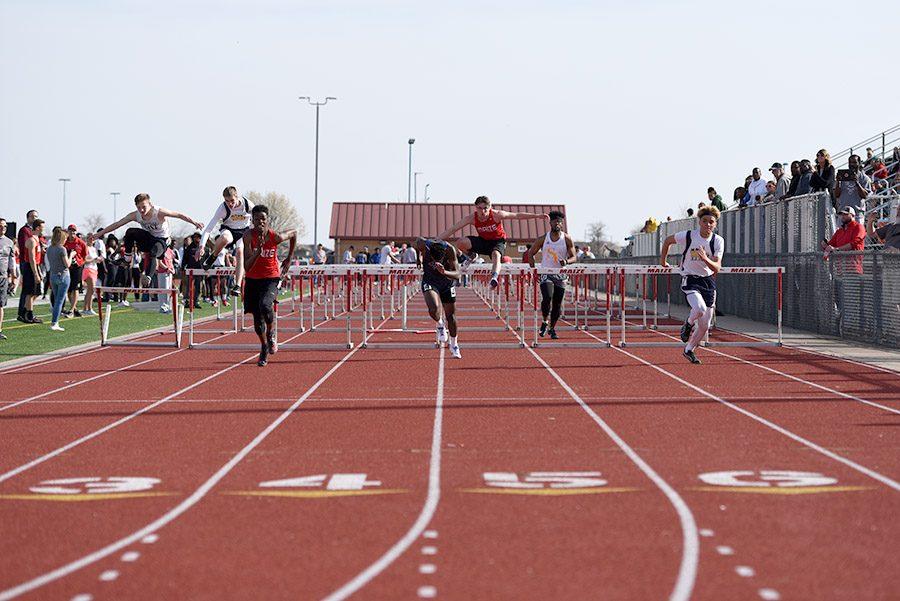 The strange Kansas weather continues, affecting some of the spring sports at Maize.

The baseball team was scheduled to travel to Salina Central on Friday, but the games were postponed to April 25 due to the weather conditions.

However, the softball team rescheduled their Friday games to Thursday in advance to avoid the weather.

The girls took victory 14-0 and 14-2 at Salina Central in a double header.

“Our pitchers did very well and everyone as a team was getting on base,” sophomore Sophia Buzard said. “We just need to continue to work hard in practice every day and focus on being the best.”

Track was another sport that rescheduled their events in advance from Friday to Thursday.

They had another victory this week, finishing first at the Maize Invitational.

Track will compete again in the Shocker Pre-state meet at Wichita State University on Thursday.

The boys tennis was team was scheduled to compete at Goddard on Saturday, but it was also canceled due to the weather conditions.

They will be back on the court Monday at Collegiate.

The girls soccer team defeated the Mavericks 2-0 on Thursday night at Maize South.

With about 12 minutes left in the game, the Maize South student section was asked to leave the stadium for the remainder of the night due to unsportsmanlike conduct.

At this point, the Eagles had one goal scored by senior Rachel Marshall.

With the assist was senior Ashlyn Lakin who did a flip and threw the ball into Marshall.

Lakin said she saw a video of someone doing that, and thought that she might as well try it because she was in gymnastics at the time.

“Before the game [coach] Jay Holmes told me to do the throw-in whenever we had the ball at the 30-yard line or closer,” she said. “It was so exciting that Marshall was able to finish and especially since I play defense, I’m usually not involved in the goal scoring. Plus it was Maize South so that overall just made it 10 times sweeter.”

The girls also defeated Valley Center 1-0 at home on Tuesday.

They will be back in action at Goddard on Tuesday.

Their next meet is at Wichita West on Saturday.

The boys golf team competed at Andover on Monday.

They will be back in action at Andover Central on Monday.