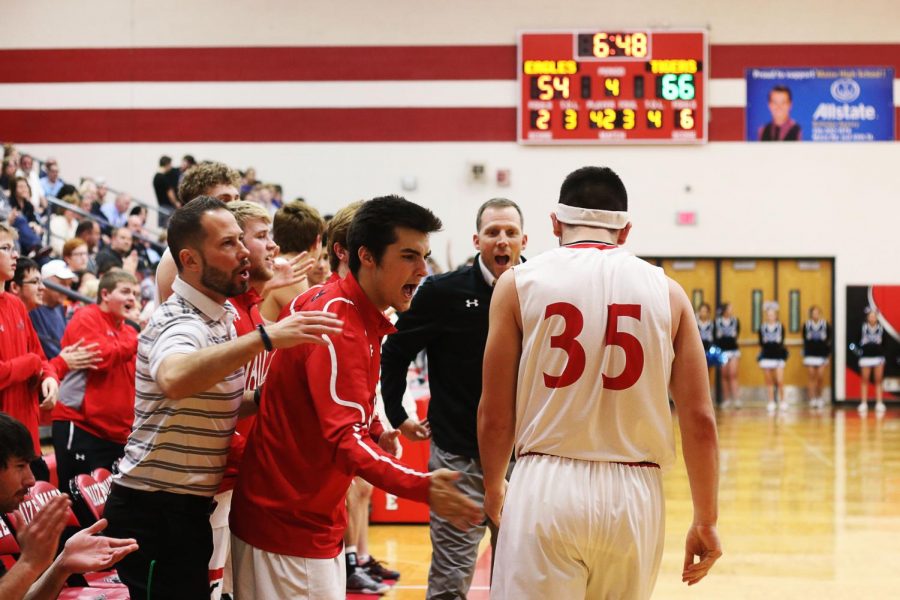 The Eagles fell to the Eisenhower Tigers 88-68 Tuesday at home.

“They got off to a good start and they put us in a hole,” junior Brandle Studevan said. “We got it back for a second, but we didn’t keep it going.”

This marked the third loss for the Eagles this season. This loss also came as the end of a winning streak going back to Christmas break for the team.

Although he said he thought there were things they could’ve done better, Grill said he doesn’t think the loss should be taken too heavily for the team.

“We didn’t execute some things, both on offense and defensively, as individuals and as a team, correctly,” Grill said. “I just think to ask them to be perfect that many games in a row is pretty tough. The one thing we did show is that we can play over a long period of time, a long stretch of games, and be pretty effective and pretty efficient doing a lot of the things really well.”

Even though they didn’t get off to a great start, Grill said he was still proud of the team for rallying.

“One thing I liked about we did is we did find it again,” Grill said. “We had about an 11 minute stretch where our guys got to doing the things they needed to do really well. We didn’t do it for 32 minutes, but we did it I thought.”