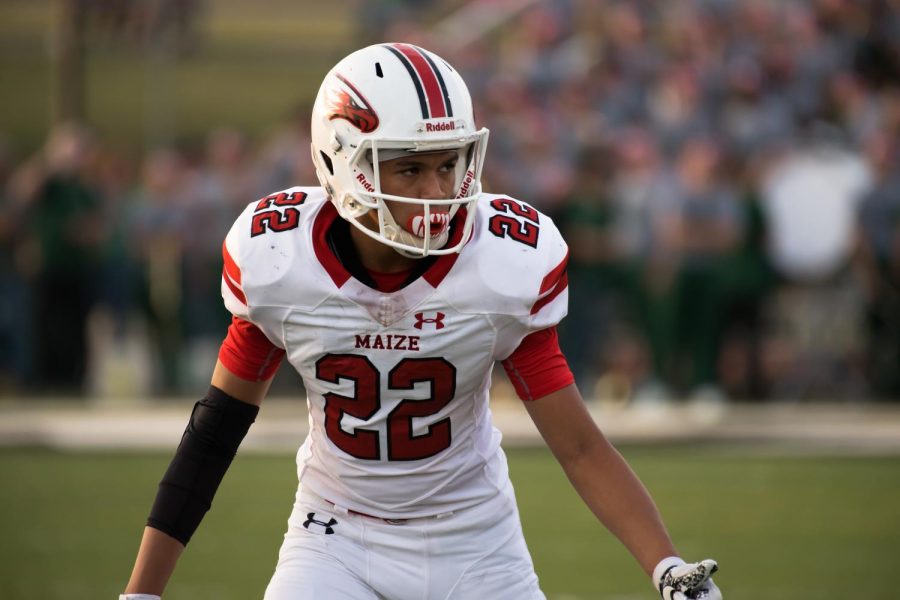 Maize football defeated Campus 36-26 on Friday, the third consecutive win for the Eagles.

Campus cut the lead to 22-20 in the third, before the Eagles pulled away.

The Eagles extended their lead in the final quarter with two Dalyn Johnson touchdowns. He had four in the game.

“Our defense played good the first half, and we had an amazing second half,” said sophomore Camden Jurgensen, who scored on an 85-yard run. “Offense started off a little slow, but as our defense started to pick up the pace, our offense went right with them, and we were able to run away with the game.”

The next game will be next Friday at Salina Central.